Using the Power of the Ocean to Heal the Ocean: Ocean-Based Carbon Dioxide Removal (CDR) 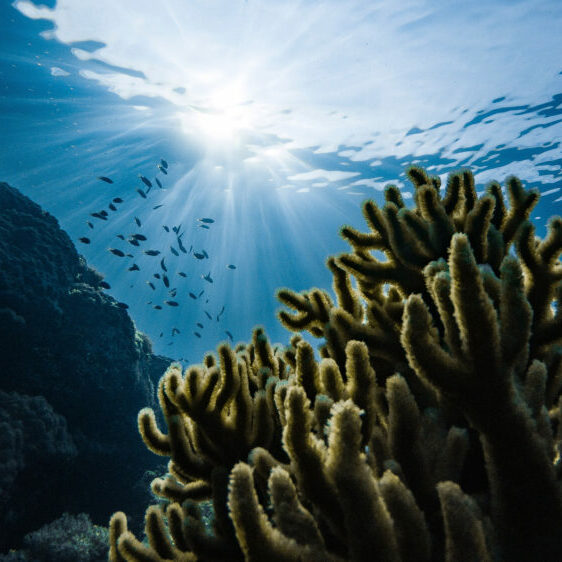 The ocean plays a foundational role in the ongoing function, regulation, and stability of our climate. Unfortunately, the ocean is also a component of the climate system that has suffered disproportionately from global climate disruption.

There are two key drivers of this outsized change in the ocean, both a direct result of too much carbon dioxide in the biosphere:

There is only one durable solution to these highly risky changes: reducing overall atmospheric and oceanic concentrations of carbon dioxide. In other words, carbon dioxide removal (CDR).

While CDR, in lockstep with emissions reductions, is beginning to become understood as an imperative for slowing, and ultimately reversing, climate change impacts, the development of effective approaches to CDR has lagged. Most of the development thus far has been focused only on terrestrial solutions, such as afforestation, or technological solutions, such as direct air capture. The world urgently needs to work on many additional ways to remove and safely store large quantities of carbon dioxide over the coming decades.

The ocean holds enormous potential for some of these CDR solutions, given its sheer size and natural ability to sequester large quantities of carbon, but ocean-based CDR remains poorly understood and greatly underinvested. While there are now starting to be a number of emerging technologies and innovations, what lacks is a coherent framework for accelerated development of the field and a robust community of practice to move it forward.

To help provide some of this needed framework, Ocean Visions has developed and is now launching a suite of technology “road maps” to accelerate the testing and development of ocean-based CDR technologies.

Beginning in September 2020 and continuing through March 2021, Ocean Visions convened experts from multiple disciplines, sectors, and geographies in a series of workshops to identify technology readiness, scaling potential, uncertainties, obstacles, opportunities, and first-order priorities for moving the field forward. We focused on three ocean-based CDR domains, as well as two cross-cutting issues of importance. Starting in May 18, 2021 and continuing through early July, Ocean Visions will release five “living” digital road maps. The first is road map is Macroalgae Cultivation and Carbon Sequestration.

These road maps are intended to catalyze attention and action around the most critical priorities to move these fields forward. The maps are being launched as digital products so that they can be regularly updated and refined as advances emerge in science, technology, governance, and policy. The road maps will allow for interested actors to work together on key priorities, and for authorized users to continue to update and amend the maps as progress is made.

Through these road maps, scientists, engineers, cultivators, entrepreneurs, investors, philanthropists, and more will be able to collaborate across the globe on challenges and opportunities related to technology development, field testing, governance, finance, and public support for ocean-based CDR—all grounded in an evidence-based, precautionary approach towards implementation.

We Invite You To Contribute

We invite participation from those with a range of perspectives and disciplines, including natural sciences, engineering, policy, governance, economics, social equity, and more. Participants are able to view the road maps including:

The full suite of road maps is now fully available to contributors. In the coming weeks, we will launch a process to solicit community input to provide up-to-date information that keeps the road map knowledge base cutting-edge.

Support for these road maps comes from ClimateWorks and Schmidt Marine Technology Partners.